Here’s another post inspired by a prompt from Shanah “The Bionic Bookworm” McCready: Top 5 Most Read Authors. This seems like a simple, objective list to compile: just check Goodreads and read off the results, right? Well, that will produce a list, and it is the list I went with. But there might be some wrinkles to it.

For example, I’ve a read number of omnibus collections of an author’s work, such as the complete poems of Rita Dove, Marianne Moore, and James Wright. Goodreads will count those as one book, even if they are really several individual books printed together. In absolute terms I’ve probably read more of Rita Dove than I have of some authors on this list. Yet there is something to be said about picking up a whole other volume from an author, reading more of their work with intent and not just because it happens to continue on the next page.

Moreover, my Goodreads stats only include books I’ve read since joining the site. That’s not a revelation, true, but it means that this list is skewed towards recent years. I know I read a whole bunch of Lemony Snicket and Donald J. Sobol books as a kid, but they’re not making it onto this list. Nor will this list account for re-readings. I’ve read 1984 five or six times by now, but that only gets George Orwell one point.

My point is: this list is not necessarily an accurate picture of my most read authors. But looking at it, it’s a damn fine roster, and if this list turns you on to just one of my favorite writers, then I’ll call it a victory. 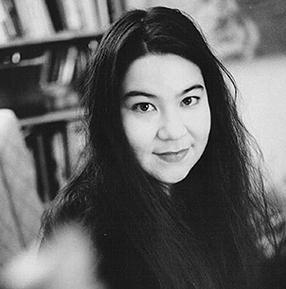 5) Brenda Shaughnessy
Technically, the No. 5 spot on this list should be a six-way tie, but that would be rather much to condense into one paragraph. So I made an editorial decision and went with my favorite writer of the bunch. I first encountered Shaughnessy’s verse in Our Andromeda (Copper Canyon, 2012), which draws from Tarot cards and cosmic space for its sprawling depictions of motherhood. Her first collection, Interior with Sudden Joy (Farrar, Straus and Giroux, 1999), on the other hand, leans heavily on a choppy but still musical prose rhythm for its pieces. But it was her most recent collection, So Much Synth (Copper Canyon, 2016) that made her a contemporary giant in my heart. Two poems in particular stand out: “A Mix Tape: ‘Don’t You (Forget About Me)’,” which painstakingly details the process of making a mix tape for a crush, and “Is There Something I Should Know?” an epic and absolutely piercing reflection on early adolescence.

4) Andrew Hudgins
At its worst, formal poetry can read as stiff and needlessly antiquated. At its best, well, you get someone like Andrew Hudgins. I first encountered Hudgins’ poetry through his verse autobiography The Glass Hammer: A Southern Childhood (Mariner, 1994), which to this day is still my favorite high-concept collection of poems. Its make great use of received forms to convey a child’s moment-to-moment moods, for example, the boredom-inducing “Gospel Villanelle.” But Hudgins also knows that the creaking rhythms of formal poetry have the power to unsettle. His first collection, Saints and Strangers (Houghton Mifflin, 1985) contains the blank verse piece “Air View of an Industrial Scene,” which ends with the dire line, “We’re watchers. But if we had bombs we’d drop them.” Meanwhile Ecstatic in the Poison (Overlook, 2003) begins with “In,” a common-measure ballad about kids playing in the clouds of pesticide trucks. No matter the form or the subject, Hudgins’ work is sure to prick at your nerves.

3) William Shakespeare
If this list were based on my lifetime reading habits, the Bard would take first place, and it wouldn’t be all that close. Both for classes and for pleasure, I always find myself going back to Shakespeare, and—no surprise here—he keeps getting better and better. I recently re-read Richard II, for example, and found the title character’s eloquence even more pointed and haunting than I’d remembered it. (Seriously, the “hollow crown” speech is my favorite bit from Shakespeare’s whole oeuvre.) The past few years, I’ve aimed to fill in my personal gaps in the Shakespeare canon, so I’ve read a couple of clunkers like Two Gentleman of Verona and Henry VIII. But I’ve also read such hidden gems as Troilus and Cressida, which is so cynical and war-weary you’d think it was the product of the World War I poets. You obviously don’t need me to tell you to read your Shakespeare, but for real: read your Shakespeare.

2) Larry Levis
When I first started taking creative writing classes in undergrad, I quickly realized something: my knowledge of poetry ended at around 1900. In a panic, I dove into the library stacks to fix that, and one poet in particular captivated me: Larry Levis. From the tightly controlled similes found in Wrecking Crew (University of Pittsburgh Press, 1972), to the sweeping, digressive reflections that make up The Widening Spell of the Leaves (University of Pittsburgh Press, 1991), to the stark confrontations with mortality that mark his posthumous collections: Levis’s work is always compelling. While, if I’m honest, my own writing most resembles that of Hudgins’, Levis is the writer here I most wish I could emulate, but simply lack the skill to do so. Who else could take the phrase, “Death blows his little fucking trumpet,” and make it work in not one but two completely different poems? 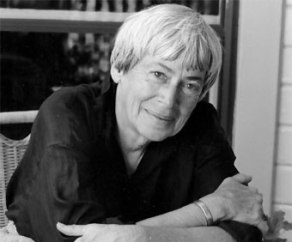 1) Ursula K. Le Guin
Where do I even begin / with Ursula K. Le Guin? Perhaps with the masterful world-building found in her science fiction novels. Perhaps with the introspective tone that characterizes the Earthsea Cycle books. Perhaps with the fact that her mid-2000s Annals of the Western Shore series is literally the only series of books I have ever read in its entirety. Perhaps with her poetry, or her advice on the craft of writing. Not only do I keep going back to Le Guin, I keep going back to her in different genres and contexts. I’ve never read Shakespeare’s narrative poetry, or Levis’s short fiction, but Le Guin? Hell, I’d read a history of sandwich toothpicks if she were the one writing it. For some representative books, I’d check out The Left Hand of Darkness (Ace, 1969), The Tombs of Atuan (Atheneum, 1971, second Earthsea Cycle book), and Voices (Harcourt, 2007, second Annals of the Western Shore book). But start wherever you’d like. You’re in for a treat.

So there’s my Top 5. Does your list have any overlap with mine? Are there any authors here you’ve not read before but would like to check out? Let me know in the comments.