As a companion to PBS’s ongoing The Great American Read project, video essayist Lindsay Ellis will be presenting a series of short videos on literary topics for PBS Digital Studios. The first such piece, released on June 4, covers the evergreen topic of book-to-film adaptations:

If Ellis’s video has a central thesis, it’s that “adaptation isn’t just about changing a story. It is translating the story to a totally different language: the language of film.” Literary language and film language have different sets of advantages and disadvantages that make translating a narrative from the one language to the other difficult. For instance, a film can rely on an actor’s delivery to elevate the dialogue, while a book can set its story wherever it wants to without regard to cost.

One of the most difficult aspects of literary language to translate to film, according to Ellis, is interior monologue. In fact, I’d say interior monologue is an aspect of text that doesn’t translate to film at all, at least not directly. It may perhaps be rendered as dialogue, or better yet, its tone and meaning may be implied through the actor’s performance, the cinematography, the editing, etc. But whenever the interior monologue is simply recited through voice-over narration, I start groaning, and think less of the film for effectively cheating. 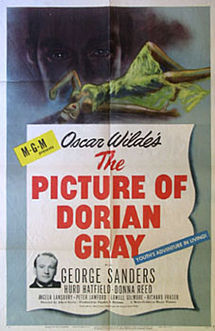 An aversion to such narration has been a feature of film criticism for some time now. James Agee, for example, shares his frustrations with the use of voice-over narration in book-to-film treatments in his March 10, 1945 column for The Nation, wherein he reviews an adaptation of Oscar Wilde’s The Picture of Dorian Gray (dir. Albert Lewin, 1945). Now, voice-over narration drove Agee up the wall regardless of context—see his writings on World War II propaganda films for more examples of that—but his remarks on Lewin’s film feel like the culmination of his bile towards this thoroughly uncinematic technique:

I wish somebody would take book lovers like Mr. Lewin aside and explain to them, once for all, that to read from the text of a novel—not to mention interior monologues—when people are performing on the screen, while it may elevate the literary tone of the production, which I doubt, certainly and inescapably plays hell with it as a movie…I can understand least of all why Mr. Lewin and his associates passed up the best movie chance of all: to let the portrait change before your eyes, rather than bringing it on, changed, at set intervals.

In Agee’s view, films like Lewin’s err in using film as a medium for delivering a novel’s text, when they should be using the text as inspiration for playing with and advancing the emerging art of cinema. Case in point: perhaps rendering the portrait’s transformation in a convincing fashion would have been difficult given the film techniques available in 1945, but that is the very challenge a filmmaker should embrace when adapting such a story.

(A brief aside: Agee also identified the slavish recital of a novel’s words with the moralist’s preference for movies that are good-for-you rather than good. In a later column—September 14, 1946—he imagined that such people would love nothing more than “a good faithful adaptation of Adam Beade in sepia, with the entire text read offscreen by Herbert Marshall.” This is, of course, of no relevance to the discussion currently at hand; I just find that quote amusing.) 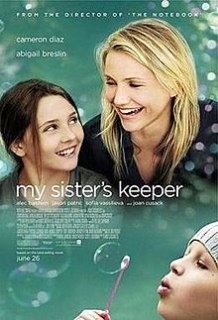 On a personal level, I can think of no more infuriating an example of a film abusing voice-over narration than My Sister’s Keeper (dir. Nick Cassavetes, 2009), based on Jodi Picoult’s novel of the same name. Cassavetes’s film not only inserts narration where it is not welcome, getting in the way of the actors’ attempts to convey the family’s many crises, but also early on attempts to simulate the novel’s use of multiple perspectives by just throwing establishing text with a character’s name onto the screen, before abruptly giving up on the idea about a third of the way through. Blessedly, when I saw the film in theaters, the sound at our screening was inaudible for the first few minutes, so I at least was spared the verbatim recitation of the novel’s prologue. (My poor grandmother thought she had finally gone deaf.)

Near the end of the video, Ellis notes that when reading a book, “your brain is essentially acting as director, casting agent, cinematographer.” This fact, as Ellis says, explains why any adaptation tends to prove disappointing—the filmmaker’s vision almost certainly differs a great deal from yours—but I think it also explains why the use of voice-over narration bothers me so. Just as readers exercise a large amount of control over their mental image of a novel’s events, filmmakers adapting novels for the screen have a large amount of control over their final products. To include voice-over narration of a book’s internal monologue is an artistic choice, sure. But I think it also represents a relinquishing of power back to the original author, an admission of defeat and a throwing up of hands. It’s the distressingly safe move.

Granted, I’m also the sort of person who doesn’t place much value on an adaptation’s strict fidelity to the source material. For example, Ken Kesey’s 1962 novel One Flew Over the Cuckoo’s Nest is one of my all-time favorite reads, and Chief Bromden’s scattered yet illuminating narration is at the heart of my enjoyment of it. The film version (dir. Miloš Forman, 1975), as it happens, is one of my all-time favorite watches, and it not only ditches Chief Bromden’s narration, but also greatly reduces his role in the story; he goes from the co-protagonist to at most a side character. Yet because of the film’s strong performances, cinematography, décor, and score, I don’t mind that change, or any of the other myriad alterations, one bit.

One thought on “Voice-Over Narration in Book-to-Film Adaptations”